Focusing on Emerging and Growth Markets 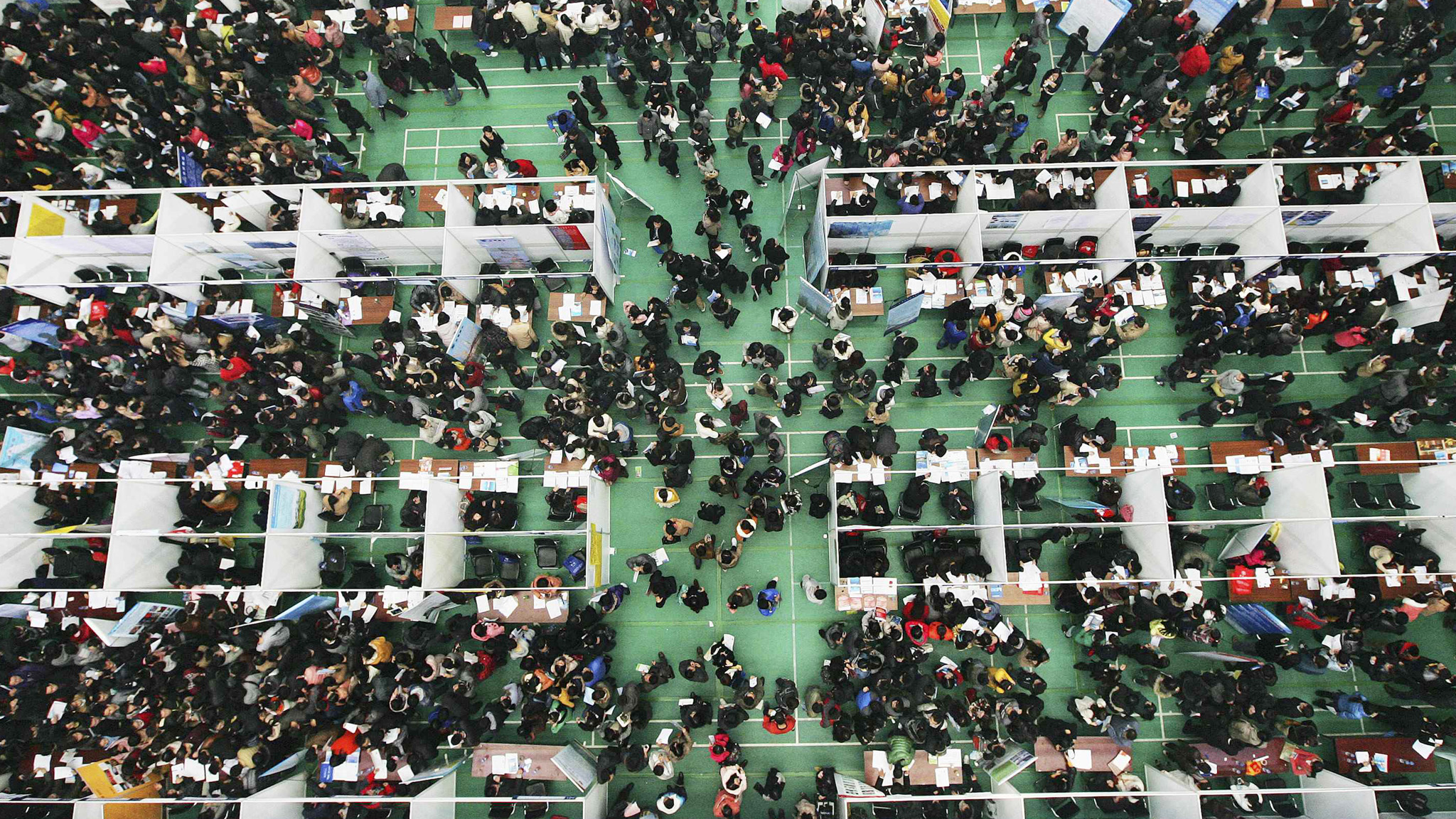 What does the concept of a jobless future–a world awash with robots and AI–mean for emerging markets that have yet to reach economic maturity?  How will educational achievement in these countries help to shape this future of work? What new business models might emerge to get people employed?

These questions are impossible to answer today, but shifting investment patterns are providing clues to how building and sustaining a talented, fully-employed workforce will be attempted.  While it is clear that emerging markets (EMs) are experiencing historically unprecedented moves out of poverty, into universities and toward higher-value added work, they still face formidable obstacles.   This includes trying to escape the middle income trap; figuring out how to create hundreds of millions new jobs in a single generation (in particular, look at the demographic and education pressures across South Asia and Africa); and, together with the rest of the world, creating the conditions for “net job growth” in the face of AI and robots in the workplace.

How will investment in education and workforce technologies respond?

To get a grip on this, I recently re-read economist Walt Rostow’s Five Stages of Economic Development, a concept he first introduced in the 1960 classic Stages of Economic Growth: A Non-Communist Manifesto.  Rostow observed that countries develop in a linear progression based on mindset, technology application and capabilities.  Although I have reservations about any linear assumption (see: emerging market crises since 1960), his categories are helpful–and, for purposes here, I have added my own comments underscoring human capital development and investment at each stage.

Here are the five:

Traditional Society: This stage is largely agrarian with very little technology application.  Think of ox and plow. A largely uneducated population with low literacy and progression.  Investment, to the extent it exists at all, is focused on literacy.

Preconditions for Take-Off: This is the beginning of institutions, the concept of saving and building for the future, and a view toward transforming society through selected manufacturing of goods and trade.  Urbanization begins.  The change in mindset also implies a move toward extended formal schooling, universal K12 aspirations and basic vocational training.  The level of universal primary education, as enshrined in the World Bank’s Millennium Development Goals, has has been largely successful over the past decade for countries at this stage, with an array of foundations and private enterprises contributing to low-cost K12 models and technologies.

Take Off: By now economic growth, technology application and foreign trade is a normal condition.  In the area of human capital, there is mass adoption of disruptive technologies (including education technologies such as low-cost online and skills learning) as well as policy goals to increase post-secondary graduates, international student mobility, basic English language capabilities and higher value-added industries and innovators.  The past decade of private investment in education across EMs has largely focused, and helped propel, this critical high-growth stage.

Drive to Maturity: With the shift to more complicated industrial processes and higher priced labor, a country at this stage increases goods and services that go beyond those industries that propelled its Take Off.  All of this requires more sophisticated brainpower, effective R&D, and a highly skilled population. For example, much of Asia is driving toward this category–following the path blazed by Japan, Korea, Singapore and Hong Kong–largely through significant domestic and foreign investment in education and employment technologies.

The Age of High Mass Consumption: The final stage in the hierarchy signifies, in today’s language, a co-existence of high level GDP per capita consumption together with increasing demands for social welfare and job security.  Although Rostow did not foresee this, any country at more mature stages will face intense head-to-head global competition at the industry level, as well as palpable job insecurity in the face of AI, automation and the potential elimination of jobs in both the manufacturing and service sector.

What are the implications?

From an investment perspective, EMs reaching the “Drive to Maturity” and any final stage will have deeper workforce requirements that go beyond simply preparing and educating populations in formal schooling.  People need to be put to work commensurate with their higher-order skills. But this is far more difficult than it seems (for a more technical analysis and underemployment and the fear of it becoming structural, see this OECD study). Since even the best universities cannot possibly keep up with workforce demands–and governments even less so–there is a growing need for external data service models, technologies and hiring innovations that can accelerate and optimize the education-to-work cycle not just once, but throughout a worker’s life.

There are daunting yet exciting challenges ahead.   Consider that for more than a decade education-related investing in EMs has largely been focused on developing human capital across the student cycle, from private K12 to mass market learning tools to university completion. In many countries (Asia remains at the epicenter but there are also signs of activity in Africa and Latin America), start-ups and related investment is now rapidly shifting towards integrating education ecosystems directly with workforce development so that human capital can be optimally utilized (see below).

Here are some examples:

Building integrated education-to-hiring platforms. Learning a skill, getting a degree/certification and finding a job in the same place can be efficient and time-saving for both job seekers and employers.  In Africa, Andela was first to market with by teaching engineering skills and placing students to Google, Facebook and others, building a pipeline straight to the market in real-time, such as matching trained tech professionals with start-ups.  The concept is attractive but not new: Aptech has been training and placing workers en masse in professional software skills in Asia and China for years, albeit at lower skill levels.  In Asia, GetLinks (backed by 500 Start-ups, SEEK, Alibaba and others) is driving a similar model for tech professionals.   But what about other verticals such as health care services, workers, teachers, digital designers and accountants?  Or micro-learning concepts for vocational and high-school graduates tracked to particular industries? Or education and hiring platforms that cross borders and regions?

Virtual career centers for universities and vocational schools.  Universities and vocational schools are not well suited or structured to educate students and get them a job, despite the pressures put upon them.  In the US, less than 16% found campus career centers helpful. And the type of jobs offered at career fairs are often prosaic–limited to the top companies like JP Morgan, Merck and Apple but not dynamic smaller companies and start-ups which are often hiring most activity.  Moreover, this survey data is for undergraduate students, and I’m confident that for graduate students, with the highest order skills, the participation in career services is even more lackluster. Moreover, career centers at many EM-based universities are often poorly resourced.

Several areas are open to investment and collaboration.  In emerging countries, access to job data can be challenging.  Burning Glass is providing real-time job market information to government and educational institutions not only in the US but in places such as Singapore. This can be used both for student access to jobs and as signals about future career paths that changes in curriculum might address.  Other tools such as Handshake, Symplicity and WayUp have created a more seamless environment for internships and jobs in the US, and could be adapted internationally, possibly creating a seamless international university platform.

AI-optimized recruitment that helps both employers and candidates. The sheer number of students graduating high school and university across EMs creates significant friction in employment markets.  Solutions such as optimizing the hiring match for both employers and candidates, using recruiting bots that support employers–pushing candidates to “right fit” positions–and predictive analytics for job success are needed.  Given the hiring bottlenecks in many countries, response time in these markets is critical. At the local level, I have encountered EMs that are awash with job matching start-ups, particularly in Asia, but they are often not aligned with deeper educational institutions and career services.  Elsewhere, large job boards such as Monster and SEEK have long been active globally and are bolting on AI applications. Multinationals such as IBM are using AI and predictive analytics for hiring decisions as well as deciphering when a person will quit, and they are extending these tools around the world as part of their global HR initiatives.

Global assessments and credentials that are accessible and digitally portable. As EM’s churn out more people with higher educational achievements in highly competitive job markets, it should come as no surprise that credential inflation, outright resume lies, and large undifferentiated job applicant pools are a challenge to employers.  For both multinationals and local enterprises across EMs, hiring and retaining workers is increasingly a headache. For job seekers, the process is frustrating, time-wasting and often biased.  Assessments–including psychometric, soft skill, emotional intelligence, and hard skill measures–are perfectly suited to this environment.  They can be quantified against particular jobs and industries, embedded in AI platforms, and transferred across borders and gigs as they often measure innate skills combined with a comparative hard skill profile.  Examples include companies such as Mettl in India (recently acquired by Mercer) who initially developed a wide range of workforce assessments and quickly expanded globally based on their successful use case in India’s giant labor market. And Credly’s digital credentialing model which is now embedded in IBM and Oracle’s global HR initiatives.

Work mobility platforms that accelerate migration. The future of EM growth will be determined by migration and labor mobility, not walls.  Work platforms that can fill labor and skills gaps across borders–not just virtually but physically–will be part of this solution.  Nomadic work-travel concepts such as RemoteYear are early indications of how a portable job will appeal to many young workers around the world.  Yet extending these models to permanent work arrangements that fill labor shortages, accelerate global recruiting, and add a level of in-country training and immersion that can build a more effective global workforce, has yet to be done at scale. Who will build it?

RACING AGAINST A JOBLESS FUTURE

For many EMs who are hitting their growth stride based on increasingly skilled populations, technology application, industrial strength and, yes, good jobs, this is not a time for celebration. Populations who are used to decades of high-growth also have high expectations, and job anxiety is rising with skill levels. As Kai Fu Lee notes in his recent book on AI superpowers, and through his work with McKinsey, an estimated 50% of tasks around the world are automatable and while the actual number of displaced jobs (and the pace of this displacement) will be far lower, the prospect of fewer workers needed around the world, on a net basis, is real.

This fear of a jobless future will drive more innovation and investment between education and employment, in the West and everywhere else.  But for many emerging countries with young worker populations–mainly in emerging markets–it is a race against time.